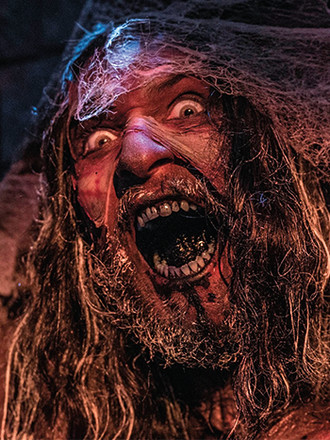 Ghoulio graduated in 2007 from Brooks Institute of Photography with a BA in Film & Video Production.  He spent 10 years in Los Angeles, CA working in a prop house as a professional graphic designer along with running his own video blog producing music videos, haunted house walkthroughs, horror movie reviews, effects makeup tutorials and much more.

in 2015 he released a feature length documentary #31DaysOfHaLLoweeNtheMovie. That same year he relocated to New Orleans to work on feature films, television and commercials as a performer.

The most powerful weapon a haunted house can wield is a strong media presence capable of luring in massive quantities of guests.